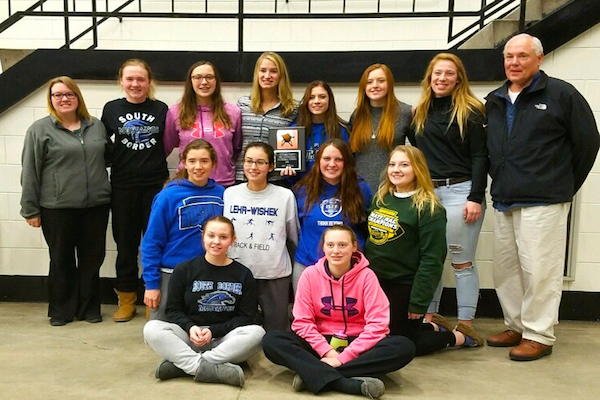 South Border dominated the second and fourth quarters Saturday and went on to defeat Edgeley/Kulm/Montpelier, 59-48, for third place at the Stutsman County Invitational girls basketball tournament.

The Mustangs outscored the Rebels by a 17-9 margin in the second stanza and had a 16-8 advantage in the final frame of the tourney contest, which was played at the Jamestown Civic Center.